A little too brisk this morning for the OFM Teams to hit the walking trail so we did inside things like keeping warm. Another thing we did is go through most of the medical bills and get better organized and figure out what still needed to be paid. We were surprised that only two more needed to be paid now. The biggest surprise was that we had new bills arrive for money that had already been paid and taken from the checking account. So those got noted to that effect and put aside into the JOKES file.


By the time we quit that chore it was baked potato time at Lawler's so off we headed. The tater was good and big enough we had the rest of it for supper tonight.


We noticed that the outside temperature had risen enough to do a bit of walking late this afternoon. So off to the trails we went. Quickly we realized that we had not walked in a later evening sun before on these trails. WOW did that change how lots of stuff looked since the sun was coming from the opposite side of the area.

We got a couple of pretty good reflection pictures due to the sun angle. 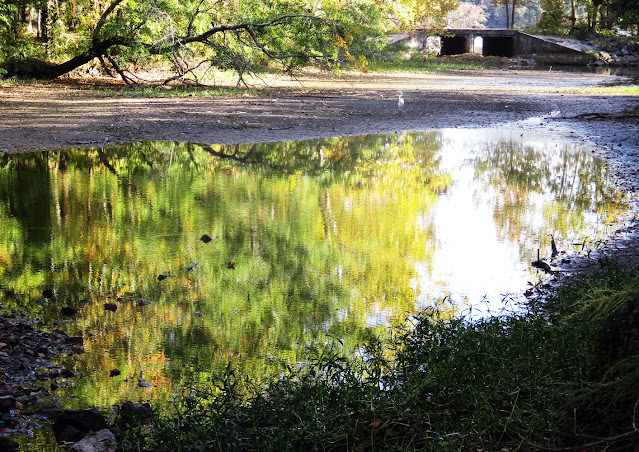 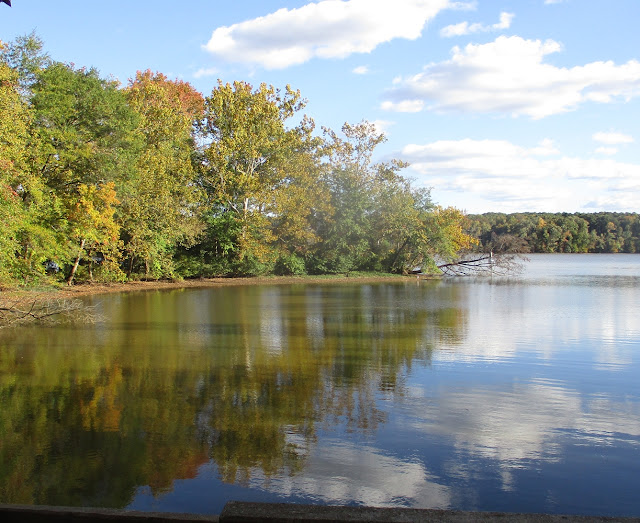 Another new event is the worst of the several bad spots of the campground roads got its start on being repaired. That will greatly help the big heavy units navigate to that set of campsites. We have no idea when it will be finished. 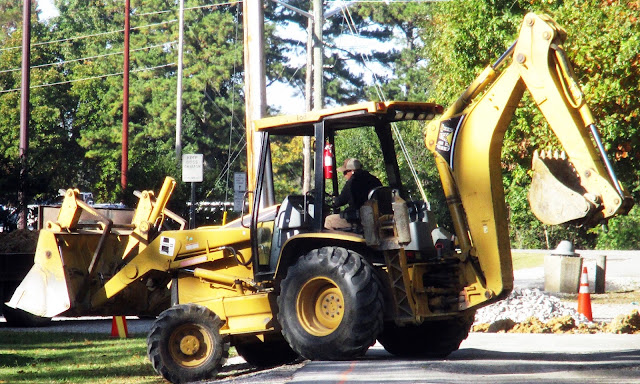 We have a couple more cool nights then it will be back to nice fall weather again. That should help the OFM Teams do some better with trying to have tooooo much fun.