The OFM Teams had a nice and interesting walk late this morning after it had warmed up a bit from the cool night. The flower explosion is in full kabloom. Lots of flowers posed for pictures. We are still editing the last four days of flower pictures.

At some point in the walk we found some interesting boards with all sorts of images in them. We chose this set of EVIL EYES to show the world. 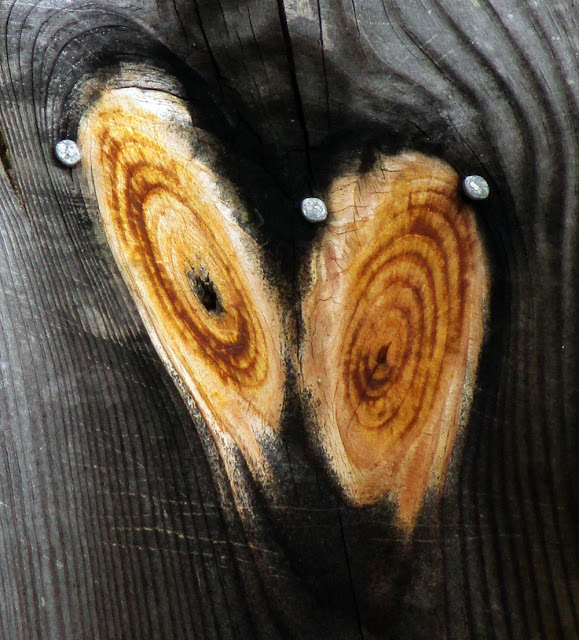 They were pretty large and almost glowed. We would hate to have them glowing at us in the dark.


We still have mail tied up in the “corona virus” excuse with the USPS so the OFM decided to pay for another month. The flower bloom should be good for at least another two weeks, so be ready for lots of flower pics.


For some silly reason the idea of a large pot of stoup hit the OFM between the eyes. A couple of seconds later the ingredients were clear in his mind. So we grabbed the last of the brown rice and put it to cooking. The leafy ends of the celery bunch were trimmed off and chopped to go into the stoup. A can of no salt added navy beans fell into the pot. Then a double handful of chopped pre-cooked chicken jumped into the mix. Some Wylers chicken flavoring wiggled its way in. And to top it all off about eight long green onions tops and all were mutilated into pieces and added.


This was all cooked for a few minutes then the minced garlic and fresh ground black pepper was added. 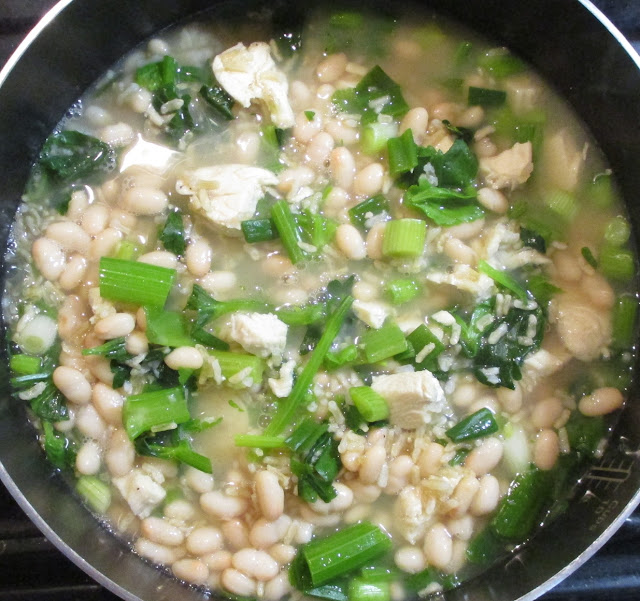 Now we did the simmer thing for about ten minutes and decided that it wanted to be thicker. So out came the package of powdered potato with seasoning to sprinkle some into the food to thicken the delicious food.


The OFM slipped up and dumped tooooo much of the potato into the pot and it turned into flavored and adulterated mashed potatoes. So more water was added until we had Stoup and the pot was about to overflow.


A quick taste resulted in a big WOW that is good. So the accident turned into a wonderful FIVE meals worth of stoup. 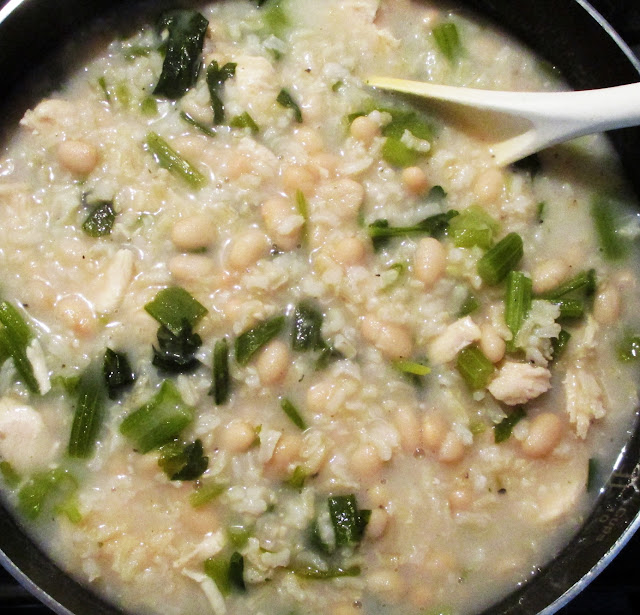 Four meals worth is freezing in the freezer and the fifth is sitting in the refrigerator aging to be a great lunch tomorrow after a morning of trying to have tooooo much fun..

Barney, The Old Fat Man
A Wandering Meanderthall out trying to have tooooo much fun. texnomad@hotmail.com