Not a day for getting in a walk. The OFM slept until nearly 0900 this morning. We chose to grocery shop since a morning rain as forecast. It hit while we were in the grocery and lightly misted for about to minutes and was over. The big evening storm predicted came in with a big BOOM and soon went away with a bit of heavy drizzle as its big event.

In the meantime the grocery had had a great day of refilling the vegetable bins and canned/packaged foods and we harvested a lot of store able foods for more glorious stoup efforts in the near future.


The leaves have been falling like crazy today so we got out the blower and cleaned a layer of leaves off of the campsite before the big storm came through. 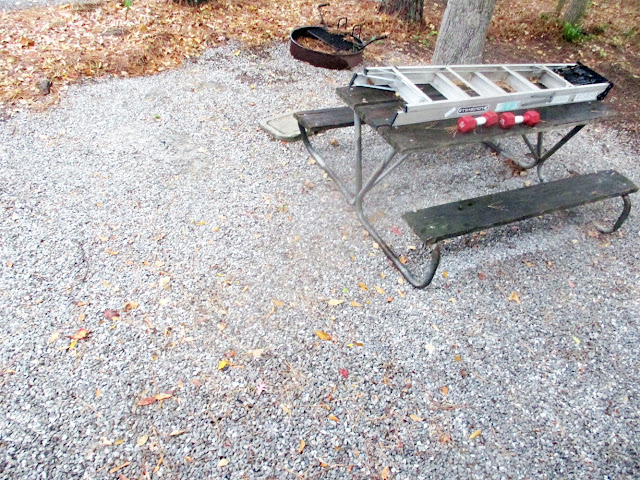 Maybe the storm got most of the leaves off the trees so we will not have to blow them around so often.

And last but far from least, the OFM discovered an old friends phone number he had been looking for and called Rodney. It turns out Rodney has also been having major eye troubles. He is about five years younger than the OFM and has been in treatments for a few months now. We had a great phone call with each of us trying to uplift the other on our future prospects in life. He is also a single fellow living by himself down on the Texas coast.

Part of our discussion was about neat things to do for trying to have tooooo much fun.