Our first outing was to find a place to walk. The chilling wind was the problem. Our first try was the Beach Park. The wind was from the North so we hoped the crossing the land to get to the park would moderate the wind and thus the chill. WRONG AS USUAL.

At least we got to see some more of the Christmas decorations installations. Here is the entry area first decoration.

You turn left in front of the decoration and head down to the loop where lots more decorations are in progress. It should be a good year for Christmas lights here in Rockport.


Since we were near the Memorial Park and needed to get info on the windmill, we headed there next and got VERY lucky. The wind was up in the trees and not down at the ground level. Walking was a great idea at this location, so we took full advantage of it.

As we got to the windmill that we were searching for a name on it, the clouds closed in a bit and made the picture taking harder. We got another surprise when we meandered over to the windmill. The structure that is here now must have been a replacement for an earlier windmill when this was a ranch. Here is a picture of one of the four foundations we found buried in the grass. 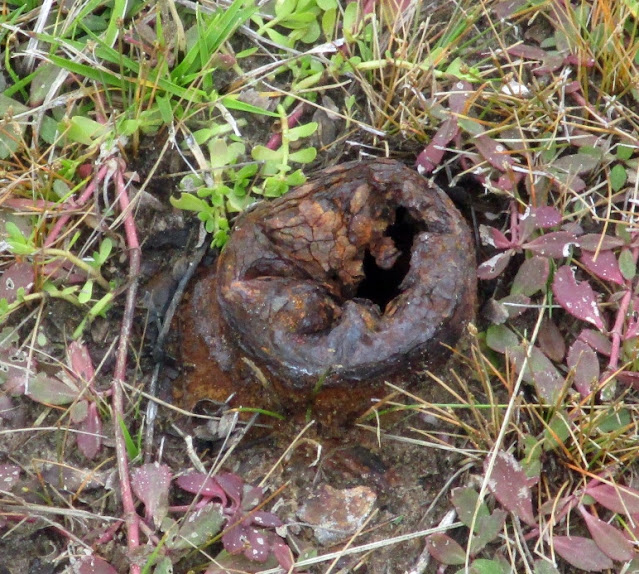 Naturally the new structure centered on the same well hole. The newer structure is about two feet inside of the old footings all around.

Now to attempt to find a name. Nothing was found at ground level to indicate the windmill company. So the OFM called on the Teams fantastic camera to do some magic on the worn out lettering on the tail vane. Here is what we got 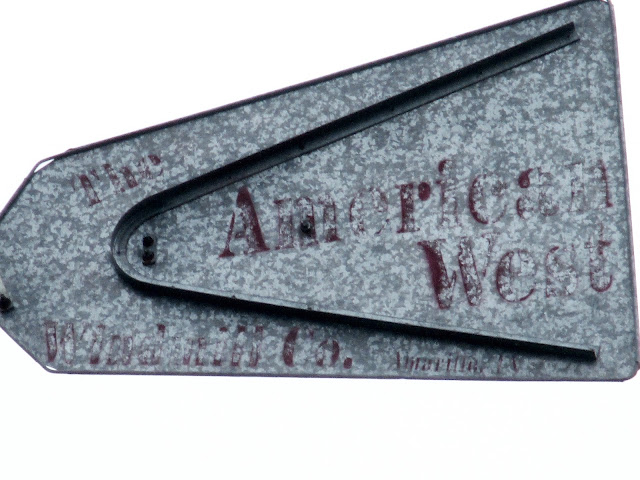 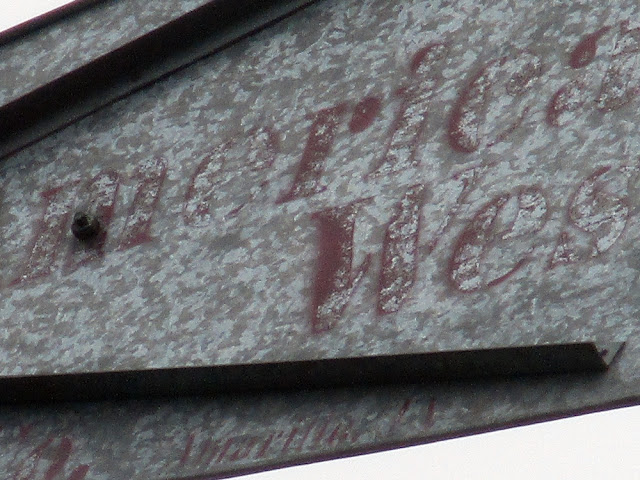 We took that information and did a wild guess as to the name of the manufacturer and did an internet search of AMERICAN WEST and struck pay dirt. The website we found from the hieroglyphics on the tail vane led to this site

https://awwasc.com/ in North Texas. We feel we got very lucky to identify the windmill retailer.

The walk was continued and the trail was basically left to the Teams as no one else showed up on the entire trail.

We headed on to a little shopping and considered the couple of adventures as giving us another wonderful day of trying to have tooooo much fun.