A whole different day today. It was full of things and still nice. The weather was warm enough until late afternoon that the Beach Park had lots of water folks having a great time. Here is two of them. 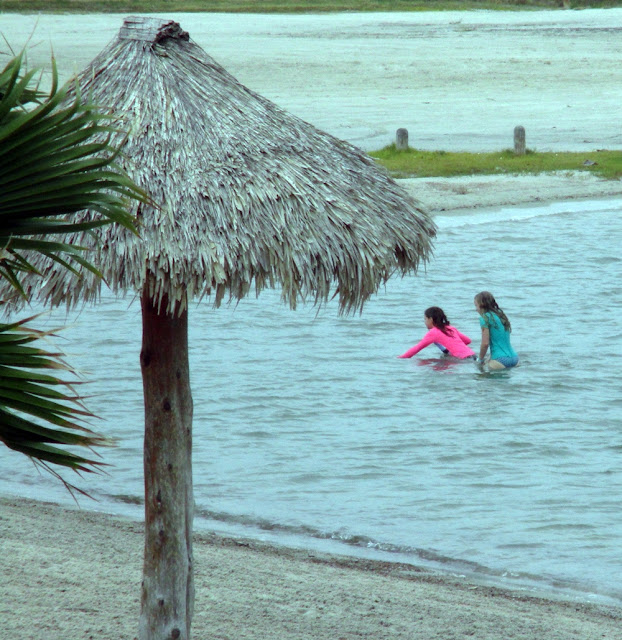 During the morning walk we noticed that the Christmas lights display the city puts out in the loop inside the park is well under way. The tall pole in the loop area has its light strings on it already. 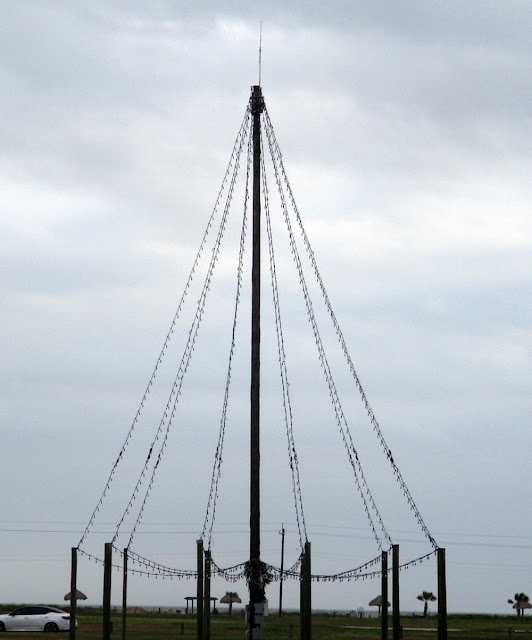 Later this afternoon the ugly storm that is supposed to come through here tomorrow with lots of rain seemed to be making an early entry to the area. But at 2000 tonight it is still not raining. 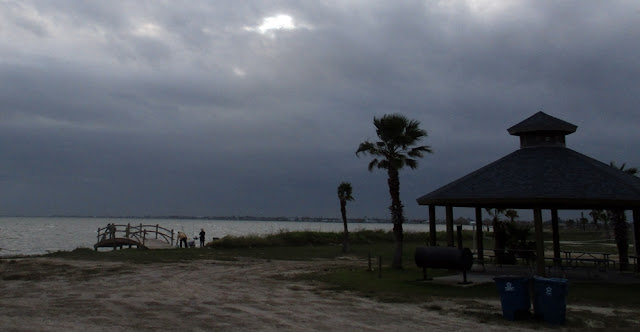 As of a minor interest to the walkers out there, some how the OFM had miss-measured the distances at the Beach Park he was walking. Today at lunch he re-measured, using Google Maps, the routes the teams usually walk. There is five loop routes we take according to our whim of the moment. Some how we had missed almost a half mile when we first did the measurements. So our walks have been noticeably longer than we had thought we were doing here at the Beach park. Naturally we had to check for error over at the Memorial Park. They were accurate.

We had just gotten up from the do everything table to head out for a TexMex supper when someone knocked at the door of the Castle.

Standing there was a very nice lady camped in the campground again. She had in her hands a plastic bag with Thanksgiving meal goodies for the OFM. The Teams thanked her in great quantity for the food. A lot of cooking went on today and many folks donated food to keep the OFM from starving. 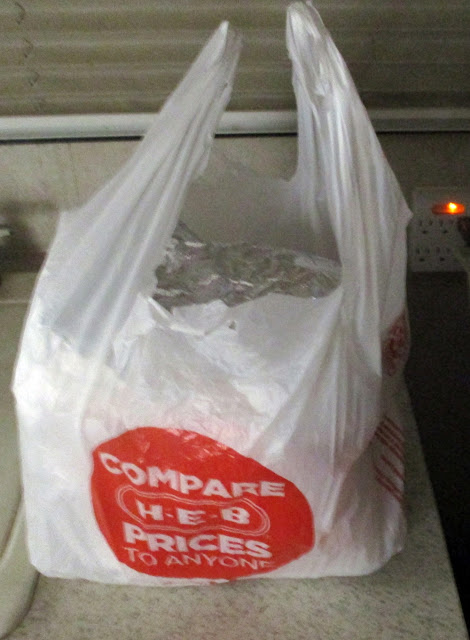 Inside that bag was THREE plates of meat, vegetables and desserts. They are now in the refrigerator being saved for several fantastic meals over this long weekend. WOW we blessed with some very nice folks here in this campground.

As you can tell it was a great day of trying to have tooooo much fun.