We got in a nice walk with visits with three folks along the way. Cool with BRIGHT sunshine was nice to be out in. The OFM brain was busy working on the new painting during the walk. He figured out some solutions to unknowns about the painting and took some photos to use to help him do better with the painting. But overall it was another wonderfully gentle day.

While down at the Beach Park walking the Teams noticed that a lot of work boats were in the area. Usually they are just out on the Intracoastal Channel going someplace. But today a lot of them were in the bay area doing things at harbors or along the waterfront. This next picture is a long telephoto of the work rig out in the bay working on one of the gas wells that were put in a few years ago. 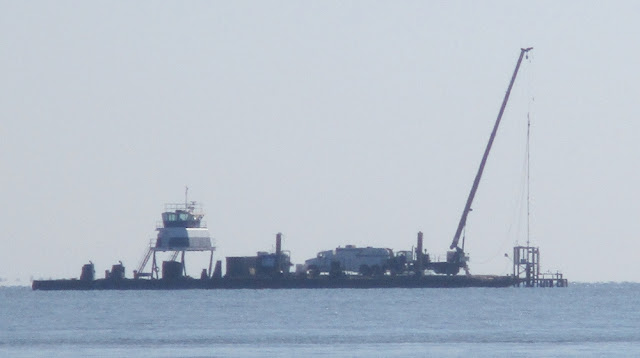 Whatever they were doing, it was a relatively quiet bit of work without a lot of banging and clanging going on.

We meandered around a lot trying to find something interesting for tonight's blog entry. Finally one of the small pocket parks the city has popped into view and the city workers were working on our favorite little park. This particular park had lots of devastation from Hurricane Harvey. Apparently it finally made it up the repairs list enough to get some improvement attention instead of just maintenance. Have no doubt that Rockport has been vigorously working on the different park facilities to bring them back up to pre-Harvey quality. But this park must have been far down the list. But we could see lots of beginning improvements to things in progress. 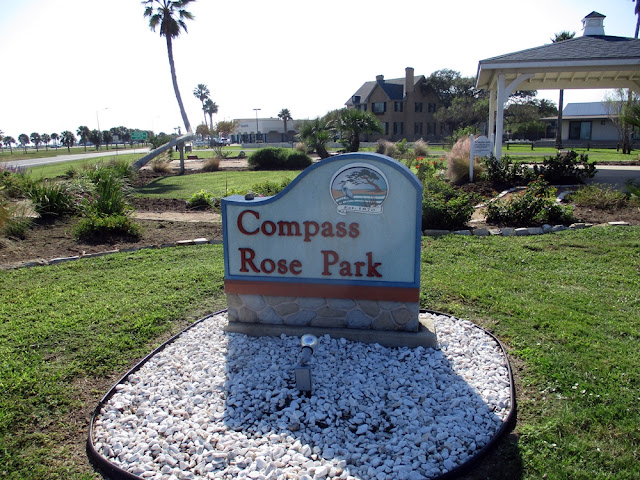 It is named Compass Park and has been an OFM rest spot many times in the last few years. We guess that they lost all the trees but the really twisted one you will see in the next picture. All the major flowering shrubs were killed and several trees damaged so badly they were removed. The flower beds were totally destroyed. Now the beds are well on the way to being restored and the general clean up is well under way. In this next picture, before Harvey you would not have been able to see Little Bay across the road due to all the foliage and trees. But from the looks of the work in progress it may even be put back in better shape than it was. 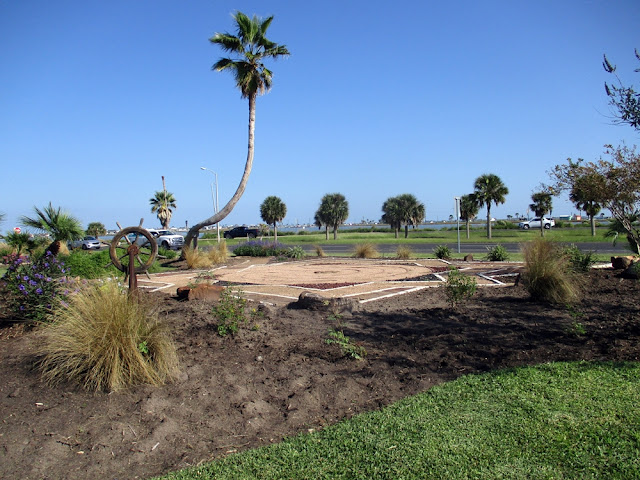 There were two types of flower bushes doing well today. Here are a nice picture of the flowers from those two bushes. 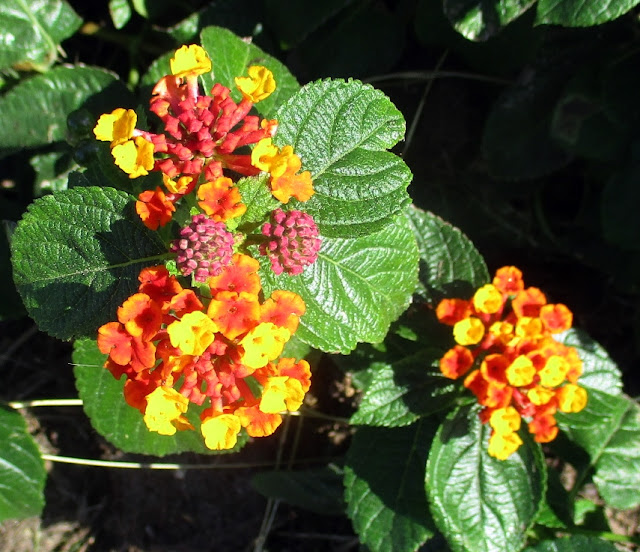 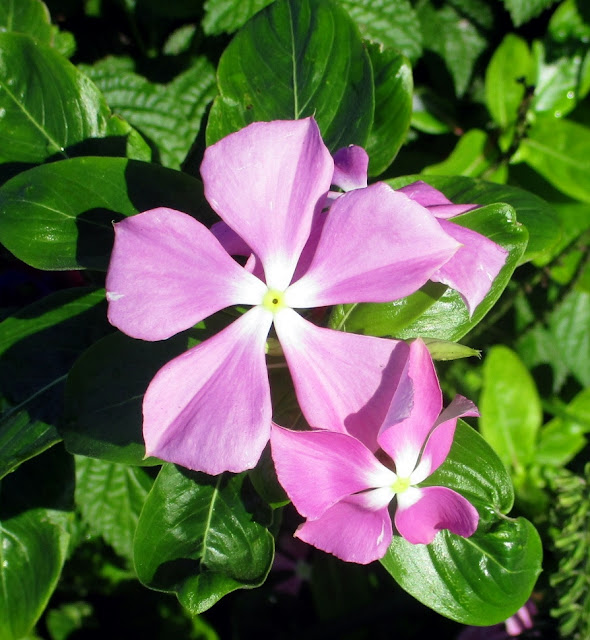 The large bumble bees were in abundance and very active also. None of them would hold still long enough for the camera to get a focus for a picture.

Seeing the great progress in the City for fixing/improving the Harvey damage is definitely a feel good time for the Teams and goes a long way toward trying to have tooooo much fun.