Maybe Too Much Walking?

The Teams are still a little beat today but this morning we took a walk on the main trail along the river area. We had not been on this trail since late September last year. Right away we noticed changes to the trail. Some from maintenance and some from Mommie Nature.

The OFM was feeling brisk and excited and we bit off a lot more than we should have. He is still feeling whopped. We walked on the perimeter paved road that is a nice shady walk in this end of the road. It was very nice as usual and the morning temp was warm. Here is a nice pic of the walking conditions on this part of the trails; 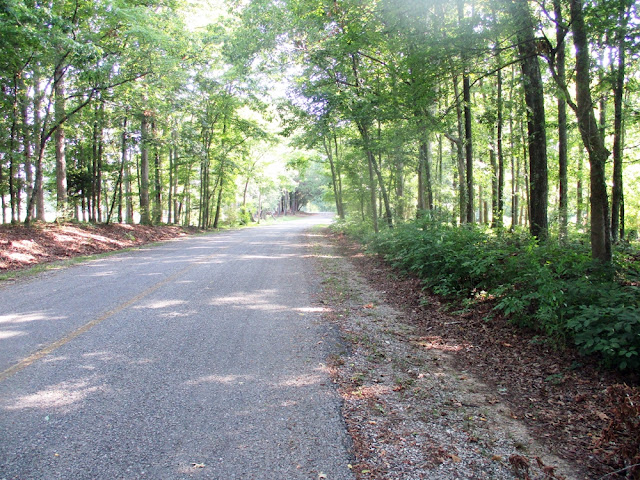 The road part connects now and then with the shore trail along Flint Creek. Several folks were out on the roadway and river trail howdying each other as we passed the individuals or small groups. So it was a great pleasant walk in the fresh air. We do not recall which interconnect we cut over to the river walk we took but it was way to far for our recovering legs. Anyway we cut over to walk back along the water and sure enough Mommie Nature had been at work along that trail also.

At one spot near a rest clearing with a few benches was a huge old tree we had been watching for years as it leaned slowly across the trail preparing to fall some day.

When we reached that spot we noticed the tree was down and as we got closer we saw it had been cut down. That was a good idea since it could kill a walker if it fell on them. A short ways down the path we spoke with another walker that told us that it had been about four weeks ago they shut the trail down and cut the tree down because of safety concerns. It was a good move. When the OFM stood next to the trunk on the ground it came up almost to his arm pits in diameter. It was a big sucker for sure.

As we continued along the river trail there were several more locations where high winds had damaged more trees along the trail. But the vegetation along the creek was very lush and recovering well.

Since we could not recall which parts of the trail we walked for sure, on the map we think it was nearly five miles and the OFM needs to be more careful until he is recovered from his concussion troubles. The OFM also seems to forget at times that he is also almost 76 years ancient and doesn't heal as fast from either.

Anyway it has been a bit of a physically rough day today and we will be easing back a bit to enhance the healing. But at the same time we are here for trying to have tooooo much fun.