As the OFM walked out of the camping area toward the river walk entry the school buses started swarming into the soccer area. Passengers cars and other vehicles followed the buses. We are talking a few hundred folks suddenly. It turns out the OFM got to see the turn out for high school football teams. To say they all were a motivated bunch is an understatement.

We headed on down to the river trail and left the football folks to their efforts.


One of the first nice things we saw was this multi-leafed plant. It was right at the waters edge growing on a slope. Which made it difficult for a wobbly OFM to hold the camera still. We think we will use it in a painting someday. 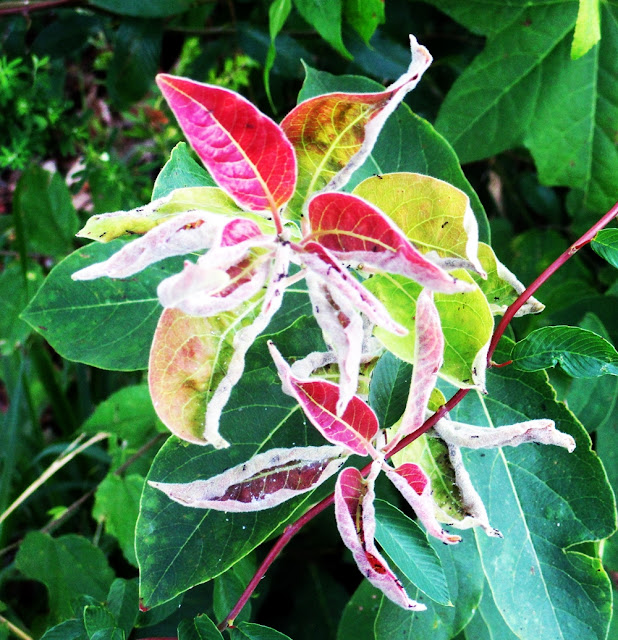 We did fairly well and kept a faster pace today even though it was a bit warmer. As we neared the end of the walk we saw a tall barren tree with a white flowered vine growing up it reaching for the clouds. It is not a great picture but it will give you an idea of the height of the vine up the pole and still growing. 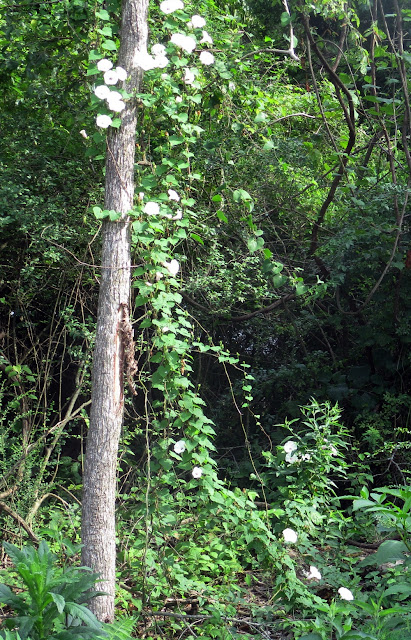 The camper next to us pulled out in his truck while we were out for the walk. BUT he left a piece of luggage sitting in the edge of the roadway in front of his trailer. After waiting for a hour or so, the OFM took the luggage over near his trailer door and put it under the trailer for safety. We bet he wishes he had not made that mistake.


From about 1400 until supper time the OFM spent his time coloring a new painting and enjoying it very much. We bet we have a few days of work left to finish it but we still like it as a great way of trying to have tooooo much fun.