The first order of business this morning was to purchase for $189 another week here in Point Mallard. TS Nicholas is apparently moving along just right to block our route West until until Sunday the 19th. Since five days cost the exact same as a full week, we purchased a full week. Our current estimated rolling date is now 9-23-2021.


In the mean time we have been filling that camera memory card with pictures for putting into the blog. Here tonight is a few of them and some silly commentary.

Yesterday there was some actual fishermen in Flint Creek near where it joins the Tennessee River. We saw them from the walking trail near the water. Nope did not see any fish caught but they were working hard at the fishing. 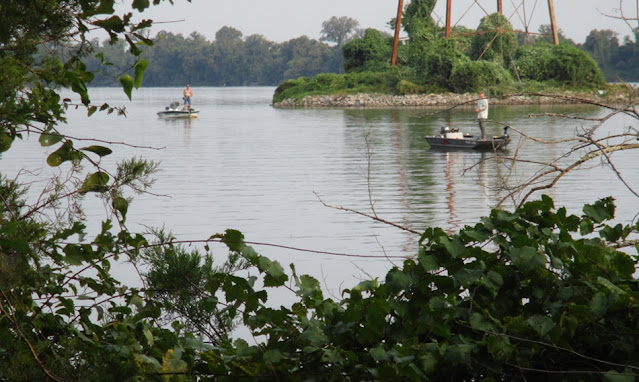 We have mentioned tying up loose vines along the trails to get them out of the trail. We tonight we get to see how well some of them are adapting. Both of these vines have been tied together for about five days.

This is the first one we made. It was just twisted back over itself and left hanging. It seems to be doing very well. 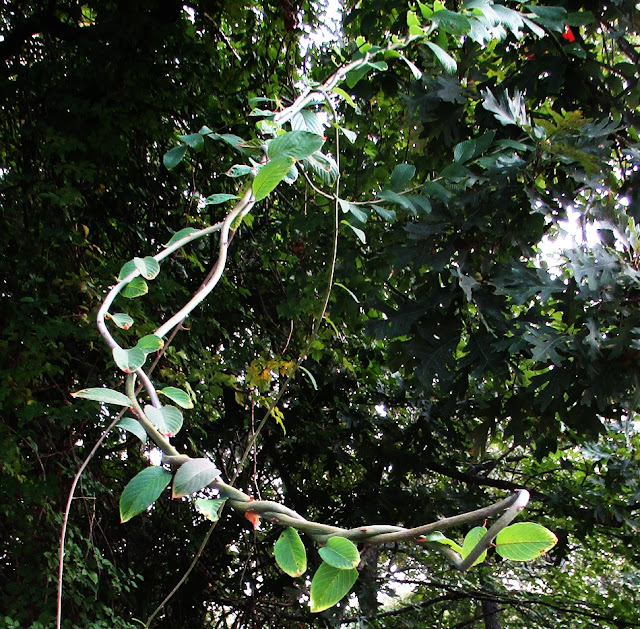 Another one of them is a couple of wines wrapped around on themselves to make loops. They are getting with the program pretty well. 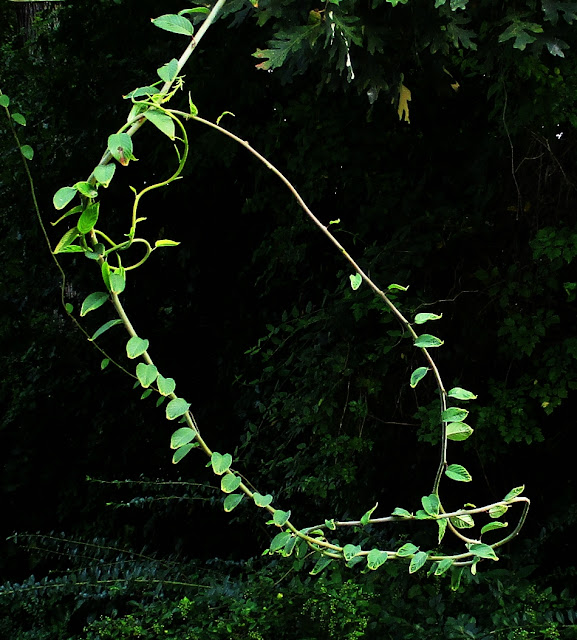 We will attempt to remember to get more pictures of them before we roll next week.


Another windstorm event two weeks ago took down several tree limbs in the part of the trails the OFM walks. We heard of a large root ball being uprooted in another section of the trail. So we headed over to photograph it for our readers. Well it turned out to actually be a very tall tree next to the edge of the trail. We estimated it, by stepping it off as best as we could, to be over 50 feet tall. It was a really nice tree. Here it is laying in the scrub trees.

Then we went around to the trail end of the tree to see the root ball. The root ball is over two feet taller than the OFM. That red is the color of the clay in this area of Alabama. We have no information of what knocked the tree over. It might have been a spectacular sight to see in person. 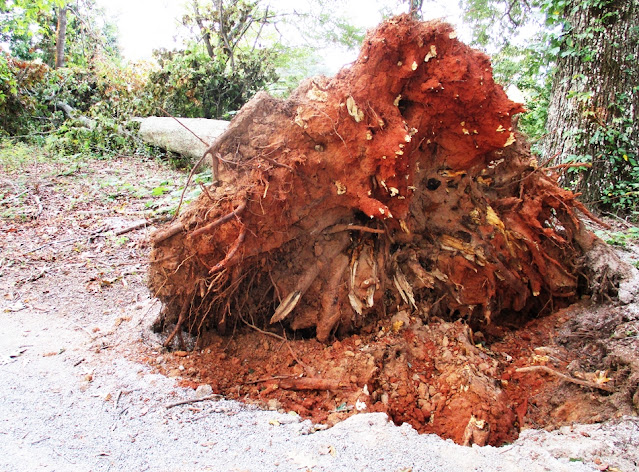 Apparently the OFM is about healed enough to play golf now that the rainstorms are due here tomorrow. But we went to the golf course driving range and hit clubs for a good while without the OFM cringing in pain anymore with his shoulder joint. IF we get a chance, we plan to get in some golf for the first time in well over a year. That should be a series of comedy events knowing him. But he will enjoy it as a favorite way of trying to have tooooo much funnnnnn.