The OFM Walking Team got off to a good start this morning and by the time Sierra got us to the chosen walking trail/area the sunrise was in its full glory again. 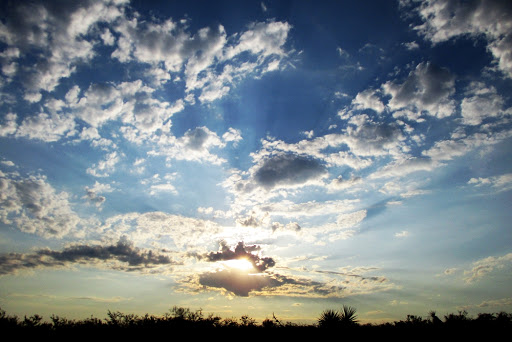 It made for some really nice photos of the desert starting into the fall mode. Two were chosen to present tonight. The first one caught the sunshine ripping through the fading shrubbery giving it all a special effects look. We thought it was wonderful. 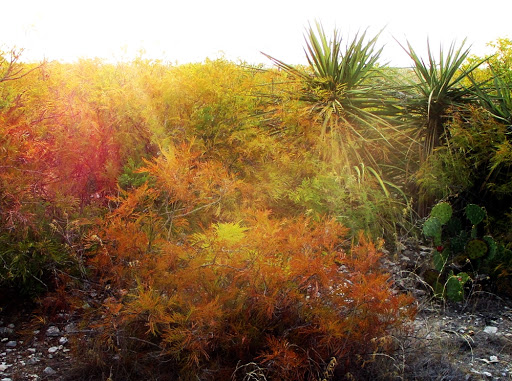 Then a good bit on down the trail the sun was from behind the OFM and caused a noticeably different but just as beautiful scene. The OFM wishes he could paint that well. 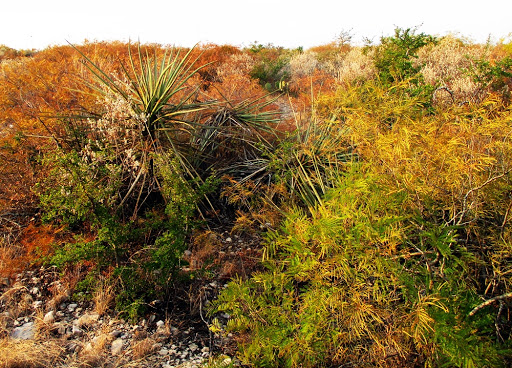 The rest of the walk was really nice and the breeze was almost chilly for the first half hour and then things began to warm up.

As we passed the old Marina Office we noticed that the storage room door was open and nobody was around.  So when we were leaving we stopped at the Visitor Center to let them know that something might be wrong down there.  They thanked us and immediately called the proper authority to let them know.

The OFM also found out that the kitty pictures will most likely be put on the Facebook site of the NRA where lots more folks will see them.

More good news happened later when the Amistad NRA published that most of the area is back open for full use starting today.  That is great for the town.

Now we can hit the NRA trails on Saturday and Sunday again. Also we have been wanting to get back down to the Pecos River to get some more pictures to go with some stuff we have photographed in the Visitor Center.  We still have a lot to do before we head for Alabama on Sept.8. to try a new area for having tooooo much fun.