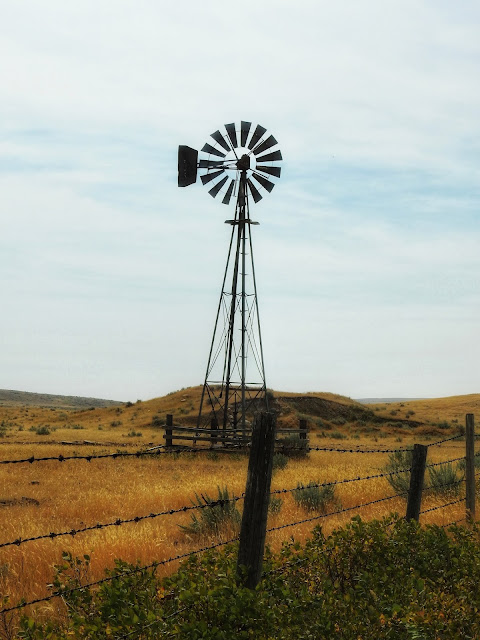 We got out to Sierra to run into town for a Whataburger about 1830. The shade from the parched peach tree was covering Sierra but the dash temperature read out declared 106F. Wow. We did notice the AC had not been cycling this afternoon. There is a sprinkler system to water the trees in the campground at night so the peach tree is probably going to be OK.

In the meantime the OFM was messing around with getting rid of more things that are no longer useful to the Teams. When he quit this afternoon he had culled out three Walmart plastic bags of stuff and taken them to the dumpster.

One of the drawers in the bedroom had a lot of small stuff in it. As it turned out all of the stuff but two small items now reside in the dumpster. What all the rest of the gone stuff was doing still in the Castle is beyond the rest of the Teams comprehension.

Then a plastic box was noticed hiding in an upper cabinet in the bed room, tucked back in a nearly blind corner. Lo and behold that started another frenzy of clearing stuff out that is not needed anymore.  One thing led to another and before you know it there was a two arm load of excess never worn clothing headed to the free table at the laundry. But right after that I mentioned it to the lady that keeps this space sparkling clean about the clothing that might fit her husband.  A couple of shirts she said would be just right for her. Then she picked up the rest of the clothes and headed over to discuss it with her husband. I hope it all gets put to good use. 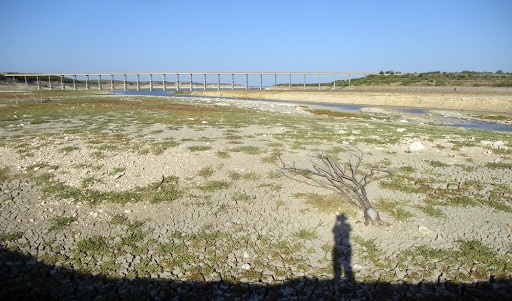 And finally here is a picture of shadow man looking across the dry lake bed at the 377 highway bridge. There is certainly a lot of roaming room (square miles of room) in the area with the lake down 47 feet. It is all open to public use and most of it is seldom meandered except for an OFM seen in wild place now and then with the critters. But you can be sure he is out trying to have tooooo much fun.