The day had a great morning walk at a brisk speed for a mile and a half, but shortly after that something put the OFM in a sickly like a flu feeling that lasted until after dark. Don't worry he still had to run his fingers and produce a blog entry.

The first important event was when we went to get Sierra repaired. As the OFM discussed what he had found out on the internet, Craig the owner, listened politely and went to check with one of his senior mechanics. He reported back that with the new information , they wanted to schedule it for a better time in case they ran into some bigger mess that we expect at this moment. So the job is now scheduled on Thursday at 1300 to allow for “some maybe worse mess”. We appreciate him being upfront and honest about the situation. Then immediately taking action to minimize the mess at hand.


We have had a few questions about the zoom range of our team camera. So today we stood at a concrete column in the Beach Park to rest against and hand held the camera for two pictures. The first is at the normal focus amount. 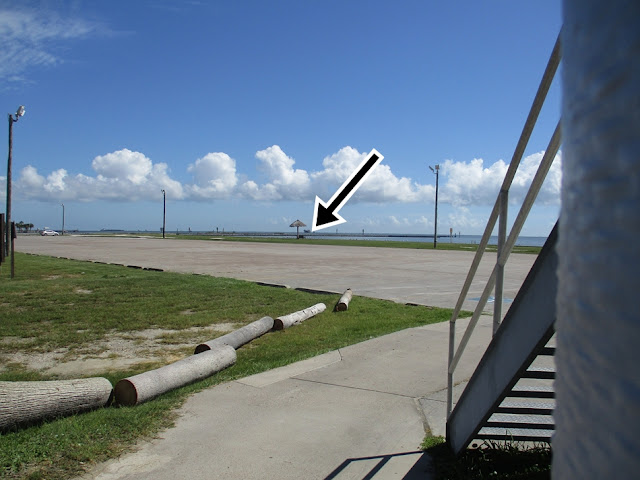 The arrow is pointing at a structure one mile away from our position leaning against the column.

This next picture of the structure is at maximum zoom while leaning against the same concrete column. So this gives you an idea of the zoom ability of this little cheap Canon pocket camera. 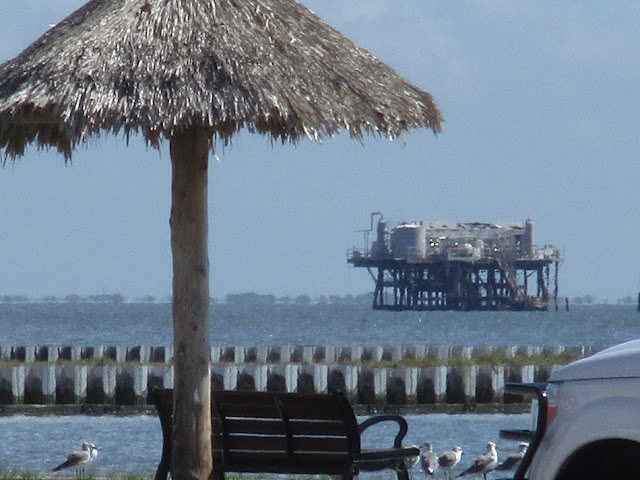 The last one of these cameras we purchased about a month ago was a bit under $200 drive out at Walmart.

It also has a macro mode that we use for a lot of the flower and bug pictures. Over all we like this model camera and are on our third one. One of them was even dropped in salt water, rinsed in fresh water then dried out with the hair dryer we use for drying art work.


More good news is that the OFM is now authorized to get his Covid booster shot to supplement his original shot from last March. We will be chasing that immediately.

The OFM is doing better tonight so we expect to be in full swing tomorrow trying to have tooooo much fun.