It was the day of a new experience for the OFM. But we will get to that later. The first thing on the agenda was new foam insoles. For a change Walmart had a good stock of inserts for all sorts of purposes. We made our choice and got them home for the trimming to fit. Surprise, the trimming went really well and the new inserts seemed to be a good choice.

Another thing that went very well was the truck appointment at the garage went really well. After Rex got the engine compartment partially opened up, it was obvious that the wear on two of the three belts was insignificant. The wear on the serpentine belt was determinable but not really bad. So we chose to replace the serpentine belt and move the worn one to limp home service in case of a failure out in the middle of nowhere. 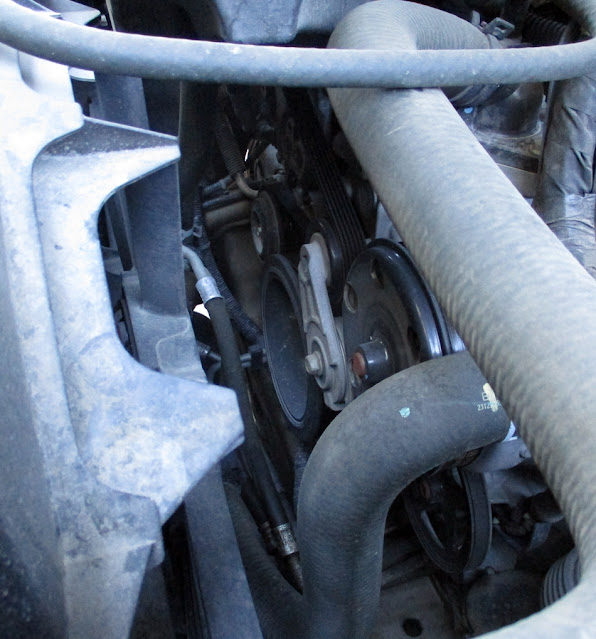 As you can see there is lots of room to get in there to work, and this picture is with two large plenums removed to get access. Rex handled the belt replacement in quick fashion after we discussed a few judgment calls to be made in the foreseeable few months.


And now for the new experience. We headed over to the Memorial Park to wear out the paths breaking in the new inserts. Things were going well and we were nearing a lady with two dogs pulling her along. Her name turned out to be Tracy. Her dogs were showing all sorts of please pet me signs like tales wagging so hard they were wobbling around on the path. 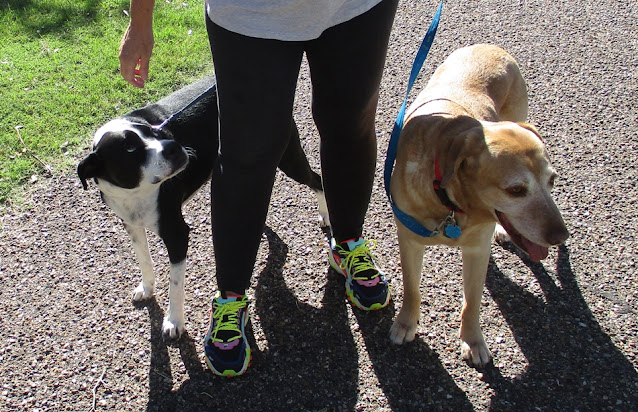 As it was getting petted the tail was still wagging like crazy. Black and white then went to sniffing the OFM's leg as usually happens. Tracy and the OFM continued to talk. Suddenly, as the black and white sniffed the back of the OFMs pants, it went hysterical with growling and biting attempts. The OFM jumped back and checked his pants that now had tooth marks in it. 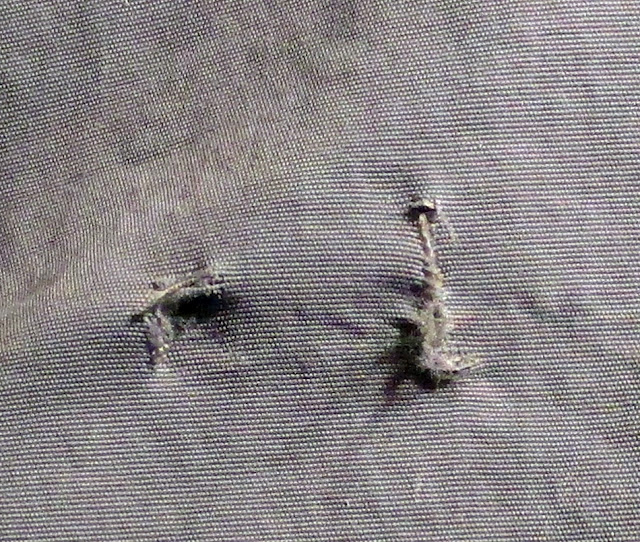 B&W kept on but Tracey pulled him back to get him away from the OFM. The OFM checked his leg and found where the teeth had removed about 2 inches skin from the back of his knee and blood was gently running down his leg. This was the first time in his life a dog had bitten him in anger.

We did all the right things of exchanging names etc. The Dog was all up to date on its shots etc. It was really odd that the dog was acting so extremely friendly until it smelled the back of the OFM's pants. Then it was a nasty hound all the way back and into the car. The OFM gave the skin missing area a good soapy scrubbing. Close examination showed that no meat was damaged. The skin had been ripped off cleanly. The triple antibiotic seems to have the redness of the wound in good retreat.

We definitely do not recommend getting bitten by a dog as something special and different in your chasing trying to have tooooo much fun.