From the moment the OFM awoke after ELEVEN straight hours of sleep until blog writing time tonight he was really out chasing the fun. He was so beat last night he went to sleep about 2130 and eleven hours later he awoke and arose. WOW what a sleep. The day started at a sprint and stayed that way until he passed out for a nap about 1400 to 1500. Then he was back at trying to have fun until well after dark.

We got the adventures started with trying to catch some pin fish to use for cut bait for large black drum. Usually that is a half hour job, but not today. No pin fish were in the area apparently. We never got a nibble.

The bulkheads of the Allegro Channel were the location. Sierra patiently waited as the OFM failed in the chore. 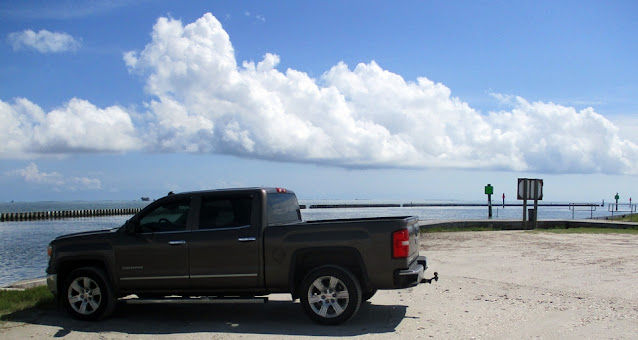 Across the channel was an egret watching the dolphins playing in the channel. In the picture the egret is pruning itself while waiting for some fish parts from the dolphin feeding to float to the surface for eating. 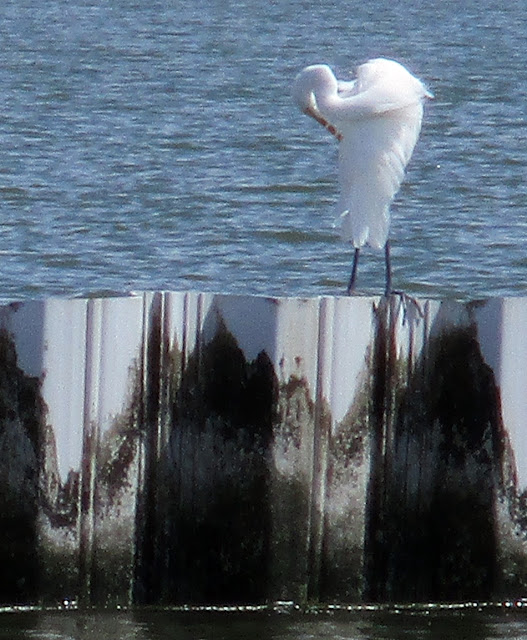 Some time during all the excitement of the day an old friend that lives on a houseboat at the harbor, Tim, and his wonderful pup Gabby dropped by for a visit. Tim is a great guy and Gabby is a fantastic puppy. Gabby just loves to meet new folks and get nice pettings. She is also very well behaved and does not jump up on you. Here is Gabby on beach patrol for more pettings. 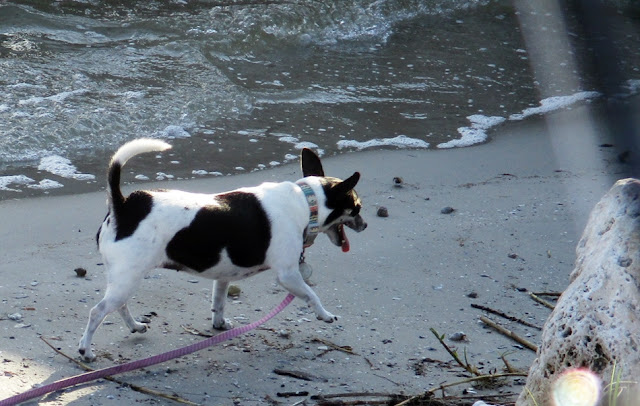 As the number of pictures went over 50 or so in the camera, the OFM decided he was ready for supper. It was right at 1800 so we headed for our favorite Tex-Mex place for chicken tacos. We got parked and noticed a very Rockport oriented drive through line. Lots of carts run around this town for doing errands. 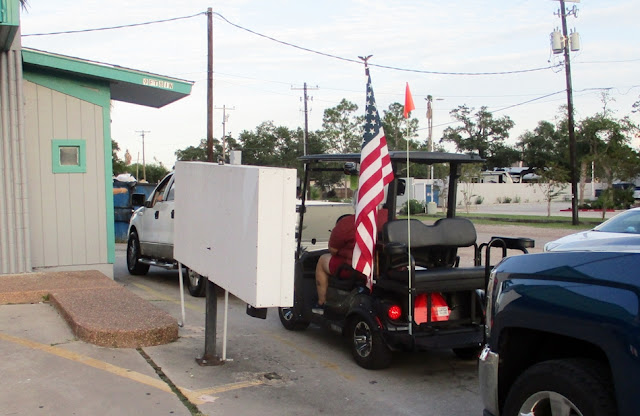 From there we went back to the harbor for some more fishing but did not get to fish. We spent the next hour talking with a shrimper fellow and taking pictures of the dramatic sky of the evening. By the way the shrimper sells from his boat for $3 a pound for eating shrimp.

Yep it was a great day of trying to have tooooo much fun.