The weather was much better this morning and we had a good 3+ mile walk at a reasonable OFM pace. Seems like lots of folks around here walk at 30 mph and worry about checking their speed and distance all the time. Not us, we just walk as fast as heat and pains allow it to be enjoyable. Naturally picture opportunities create a momentary halt and then get moving again. We guess an ordinary picture stop takes about 2 minutes and we are hoofing it again.

It is time for the wild food report. The wild berries seem to have been well consumed by the wild critters. 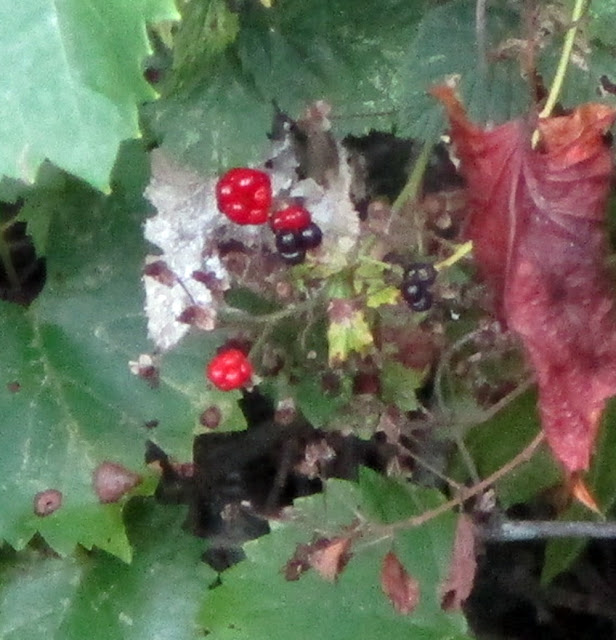 There has not been any humans out picking berries that we have seen anywhere. The OFM did not because the grandkids supplied him with plenty of blackberries from their garden.


Now the grapes are nearly gone but there are still a few here and there. In fact in several spots nice clusters were still ripening. The annual grape vine eating bugs are well under way so we will see what happens in the near future. 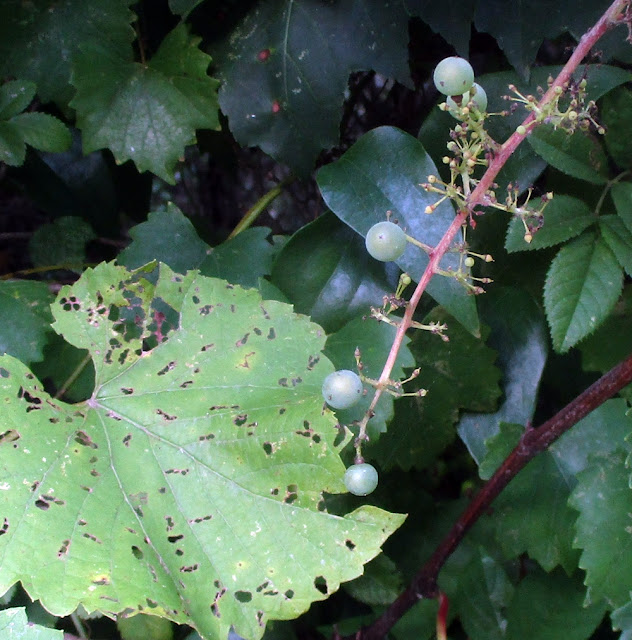 The OFM has a weird sense of thought. There are vines that are growing down and hanging in the trails. They are a bit of a nuisance so the OFM does something about them. He winds them up and ties them in a knot. Now we can watch the progress of the growth and see what happens. 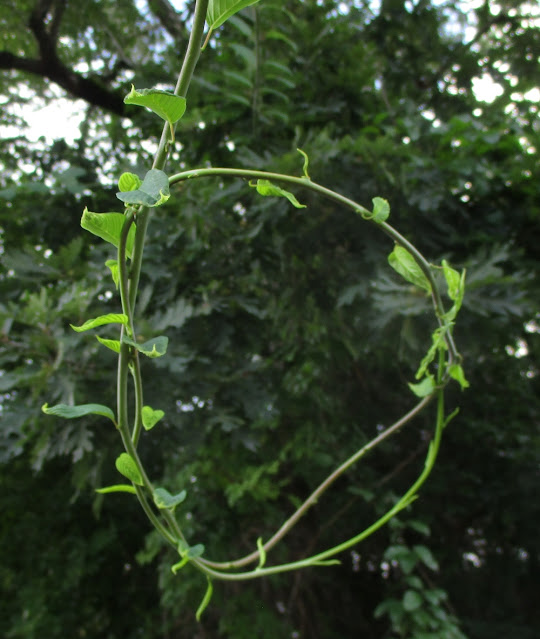 There is an old man in the area the OFM met several years ago on the trails. He is a biker and walker and ELEVEN years older than the OFM. When he is biking he sets a strong pace. When he is walking we have to jog to keep up with him. He is a tough old fellow too.

The day it was so hot the OFM had to cut things short and get back to the AC the old man is when this picture was taken. 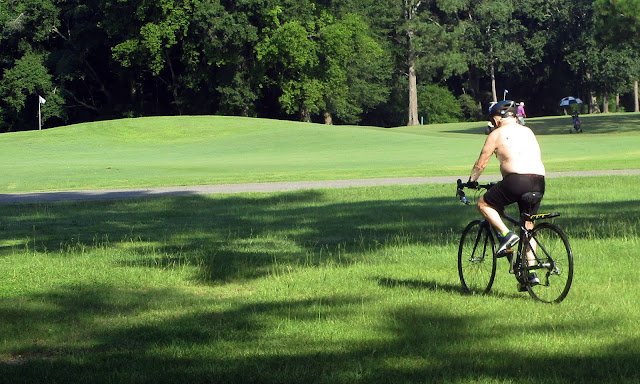 He had stopped at a bench to have some water and crackers before he continued on his way. We chatted for a couple of minutes. He was at mile ELEVEN of his bike ride in this heat. But he planned to cut it short since the heat was so severe. Good grief!


Well the weather is supposed to moderate a bit after tomorrow. So maybe the OFM can do a better job of trying to have tooooo much fun outside.