An interesting day it was. Started with our walk headed from the campground. A few campers down the way the OFM just had to say HOWDY to some folks sitting outside. Two hours later and one tremendous rain storm later we said our good bye and headed back to the Castle.

They were were extremely nice folks and a real joy to visit. It was time very well spent.

For the next few hours we worked on art sketches and some other stuff. Finally after lunch we headed out in a light sprinkle of rain for a walk and got in right at 3 miles of decent walking. It also felt really good.


During the walk many photos were taken but only two made the cut. Here is an almost glowing fungi. It was even brighter than it looks on the computer. The size was about seven inches by four inches. They grow some biguns here in north Alabama. 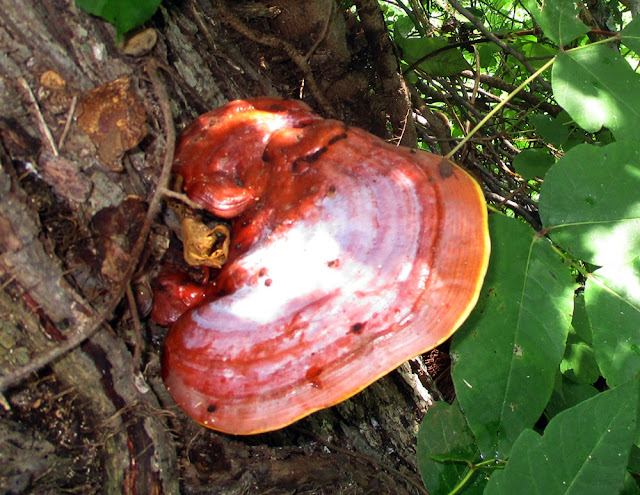 As we were nearing the end of the stroll in the jungle along Flint Creek we spotted this cluster of bushes filled with blossoms ready to burst soon. This picture is just a very small part of the piles of buds trying to burst out in great glory.

It has been a very kid busy day here in the campground to our surprise since schools in the area started last Wednesday. Hopefully all the kids clustered into classrooms will not lead to a major Covid run. The OFM still carries a mask with him in case he encounters a cluster of folks he cannot properly social distance from. Since his grands cannot have vaccinations yet he feels like he has to protect them from any accidental infections coming from his way.

A sick grand would really get in the way of trying to have tooooo much fun.