Today started early with some grocery shopping before the Friday crowds started happening. We had a a great shopping trip to the Walmart. Everything was restocked except the cheap Root Beer. Back at the Castle the food was all stored shortly and the OFM changed to his walking shorts and we headed to the Municipal Park trail. When we pulled into the parking lot we got this for a reading from the dash of Sierra. 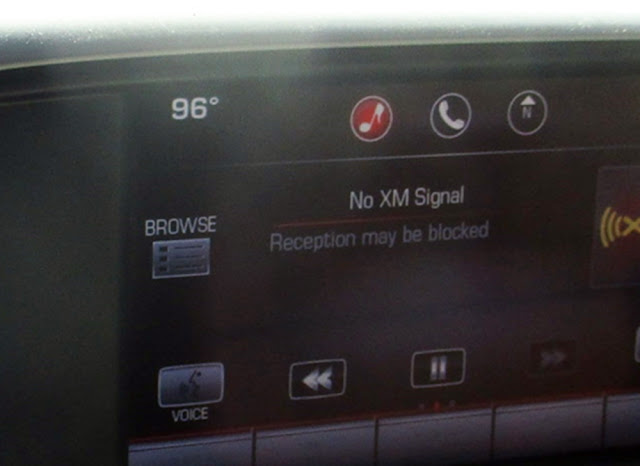 Hmm we need to make the OFM be heat careful. There was not much breeze at the park. We decided to stay in the shade of the trees even if we have to walk off path and get less than we hoped for exercise. 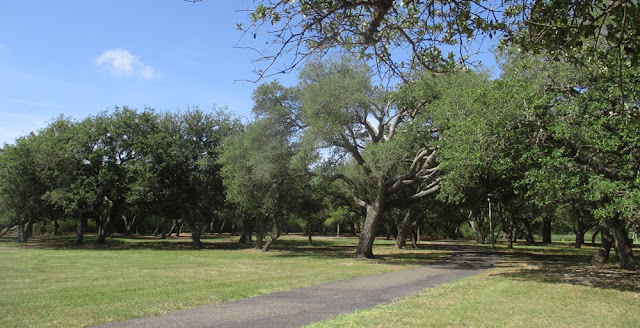 We made it a ways along the Frisbee course in the shade of the live oaks trees but the heat was stifling. When we got to the loop around the ponds that is in the sun light, the OFM called a stop and think moment and we turned around and headed back to Sierra. We figure we got in about a half mile of walking total and the heat was just tooooo much without any breeze. So here we are still alive to tell that story.

But the day was early so more adventures awaited us. Later in the day a breeze came up and the temperature dropped to the 89F range but we stayed out of the sun any way.

Lots of little adventures happened but this one important one happened in late afternoon.

We have been idling around for about three weeks staying out of some pretty miserable hot weather down here near south Texas that has been showing off its ability to toast re-bar already buried in the concrete. Several items that we needed or wanted to have possession of before rolling has caused delays. Well the final one and most important one came in this afternoon and was installed on Sierra. 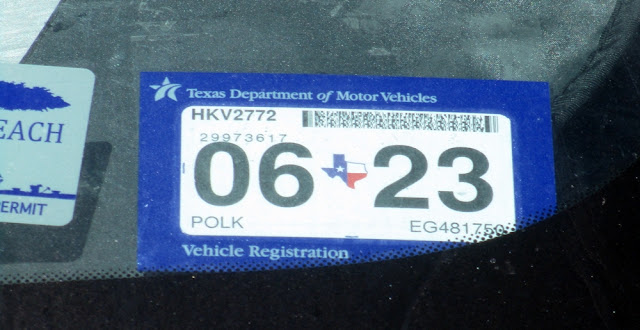 In spite of this sticker getting delayed a couple of weeks it is now proudly displayed and Sierra can roll onward legally. So tomorrow morning the OFM has a directive from all the OFM Team to get busy with no excuses for delaying and get an travel plan set up to head for Grandkid Land. Nobody on the Teams did anything really wrong but the shipping companies for the last few weeks have been rather scatter brained if they even have a brain.

But now (hopefully) we are ready to get back to being Rvers as a way of trying to have tooooo much fun.