The morning was very damp and the concrete on top of the bulkhead was covered in brown slimy moss. The weeks of waves breaking over the bulkhead had given the grunge time to grow prolifically and get unbelievably SLICK. Check out this morning picture of pain with one little miss-step. 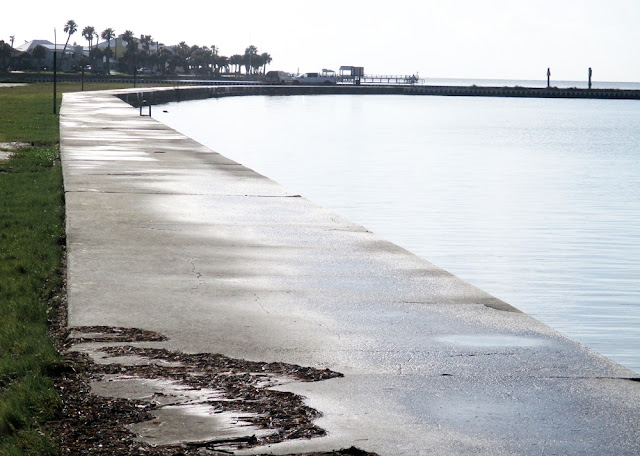 Some of the mornings entertainment was this nice garter snake being washed around by the light wave action. The snake did not seem to be concerned and when we checked back later in our walk, the snake was not to be found. We got in a decent walk today but not as spry as the OFM had hoped with all the slime laying around just to bite the OFM on his body someplace. We don't see many of those around here. The beach rattlesnakes eat them. 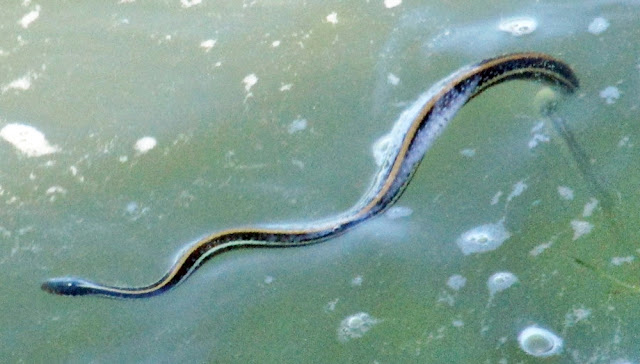 Speaking of beach water safety, a lady drowned in the beach waters a couple of days ago. The beach water depth that day was less than three feet but she somehow managed to become an undesirable statistic. We never could find out if something like a heart attack played a part in the sorrowful event.

As we closed in on the noon time, the weather cleared up nicely and it started getting REALLY HOT and the OFM Teams started toward shade and A/C. 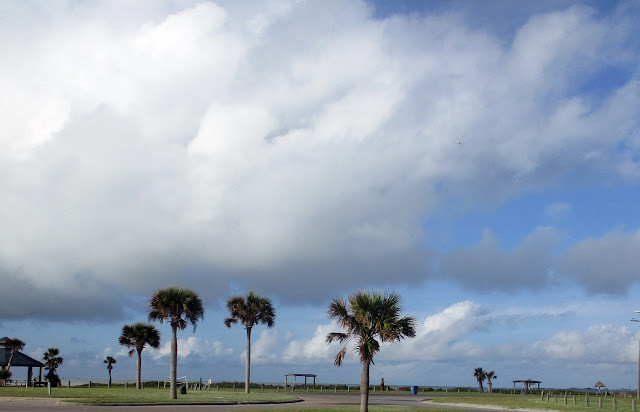