Today started early with some eye examining at 0830. Pictures of eyeballs and other stuff were done and the OFM got out of there about 1030 finally. We will see what it was all about sometime next week. The way our eyes have been behaving we most likely have something important going on.

Let's shift to a good event. Sometime during the busy afternoon the OFM slipped down to the harbor to try for some photos for our archives of photos. The day was beautiful and we set up at the back corner of the harbor and got a few nice pictures for our archives. 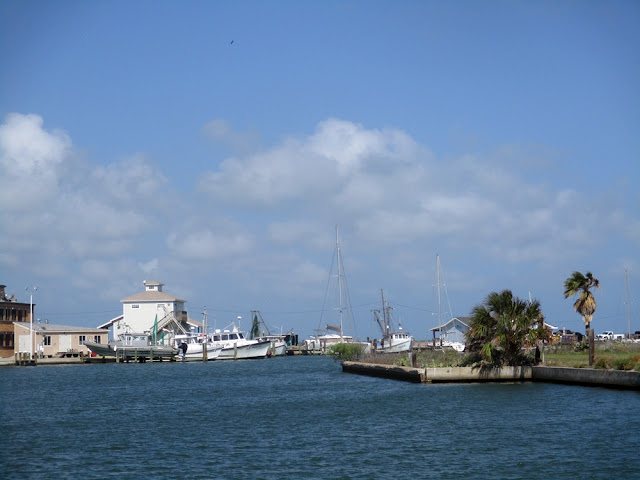 Since fishing has been blown apart for several weeks in this area and the harbor area looked good for a bit of fishing we rigged the rod up with Fishbite brand bait and set a line to working. Nothing was biting so after a bit the OFM started to reel in the bait. A slow moving submarine grabbed the bait and started out of the harbor. The tussle was on. The submarine pulled line out a few times and the OFM reeled it back in a few times. It was very nice to be battling a submarine for a change.

Finally the submarine broke the surface and it was actually a very fat and nice looking catfish and definitely not ready to quit the fight. So we kept on doing proper fish fighting with the light gear we were using. This lasted several minutes. Finally we got the catfish near the bulkhead we were standing on and was able to lift it onto the walkway. It a standard issue healthy size catfish for the area. 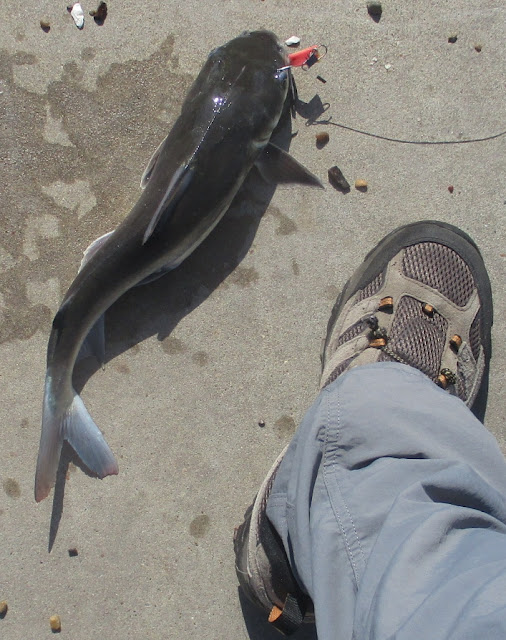 The OFM shoe is 13 inches long. The catfish was really fat and healthy it seemed. We got it unhooked and pushed back into the water and it went happily away to fight again another day. And we went back to the castle to fix supper of a big salad and a hamburger patty. Gosh it was good.

We have a finished painting for tonight. It took a little while longer than we planned but it did work out decently we think. 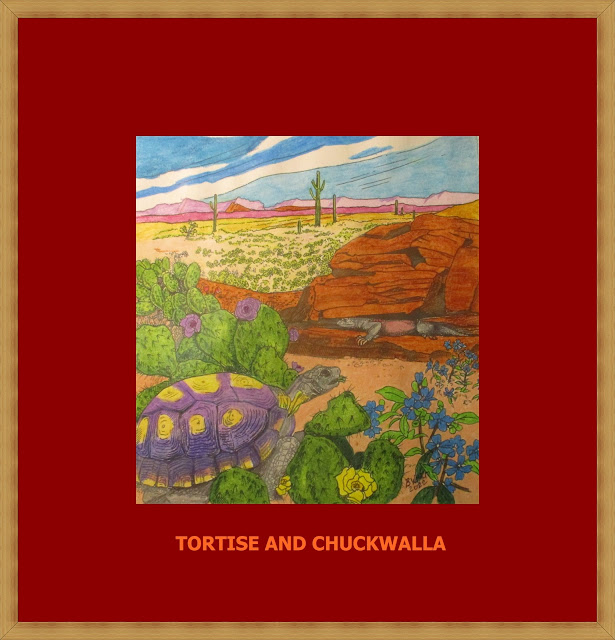 This one turned out to be a mingle of a few different new to us techniques which made it wonderful for trying to have tooooo much fun.