We got a chance to take the laptop down to Memorial Park to attempt to identify the vine we asked for help on a couple of days ago. After about twenty minutes of flipping between pictures of several vines and reading descriptions we came to the conclusion that it is most likely one of the 3.56 million varieties of the SMILAX invasive vine. Apparently it mutates faster than flu virus and loves to grow in new adventurous areas. So we will call that question answered. It is definitely a fast growing very invasive vine.


The day was beautiful and almost warm so we headed down to the marina to see if any photos needed to be taken. There was a lot of them as it turned out. It sure makes the teams glad were are digital photos instead of film these days.

We culled the bucket full of pictures down to these three. The water was so still we felt that we were taking pictures of things sitting on a glass mirror.

Please keep in mind that in this first picture everything you see is a reflection on the harbor water and nothing “real” in the picture. 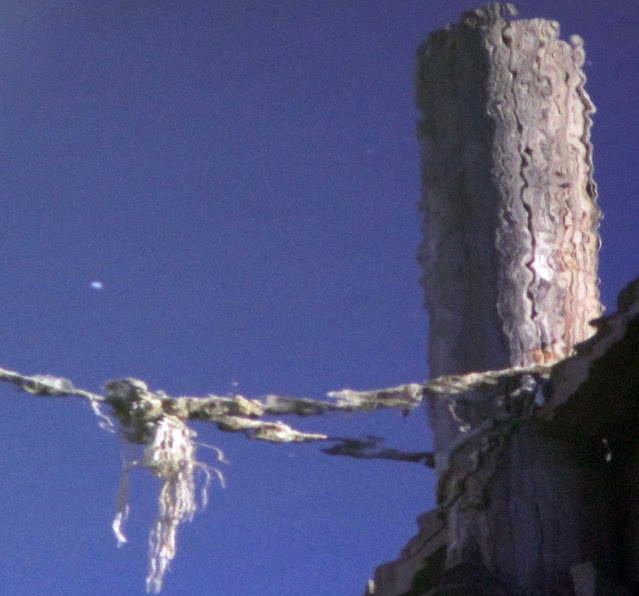 It was so awesome that we were there over two hours meandering like the big old fool he is.

Another picture that we thought was neat was this one of a finger pier next to a shrimp boat moored in the harbor. 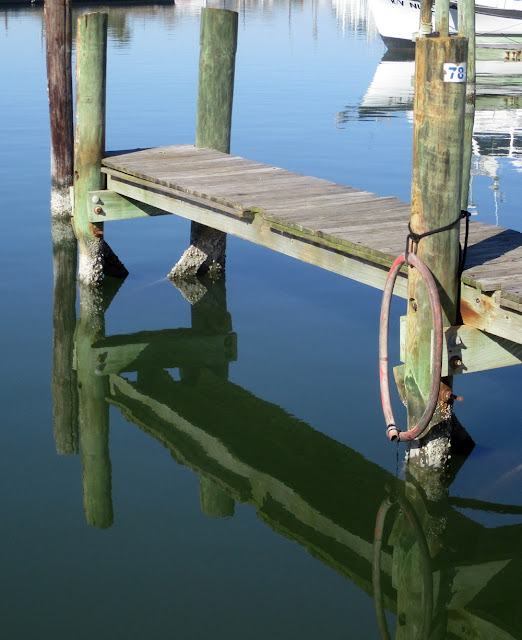 The detail that the reflections have today was astounding to us. 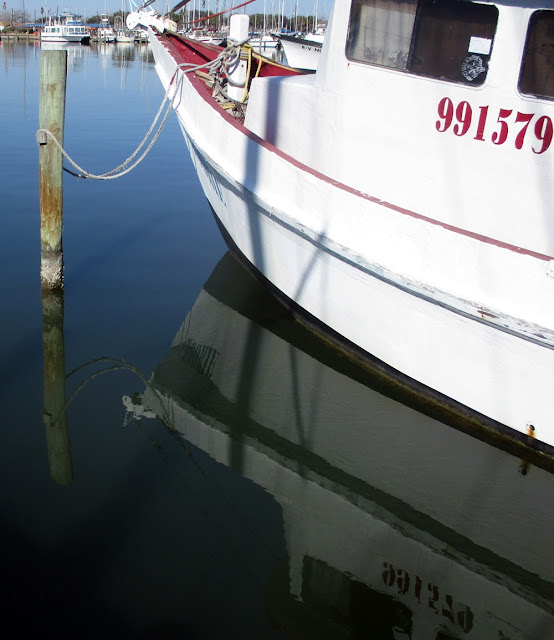 And this boat picture with the reflection just blew us away with its details showing. The OFM says he cannot recall in his 75 years around the water ever getting such great reflections and ripple less surfaces.

One special comment for the fishermen out there. Since the super low tides and cold weather a couple of weeks ago we had not seen any food fish running around in the shore area. That is probably why the predator fish have not been around. Well we saw a school of mullet (they are a primary food fish for the predator fishes we like to catch) swimming in the harbor. There had to be at least fifty of them and they were as usual over 14 inches long. Big schools like that usually get the predators fish into the area and fattened up really well.

This day went so well it has to be rated as an excellent day of trying to have tooooo much fun.