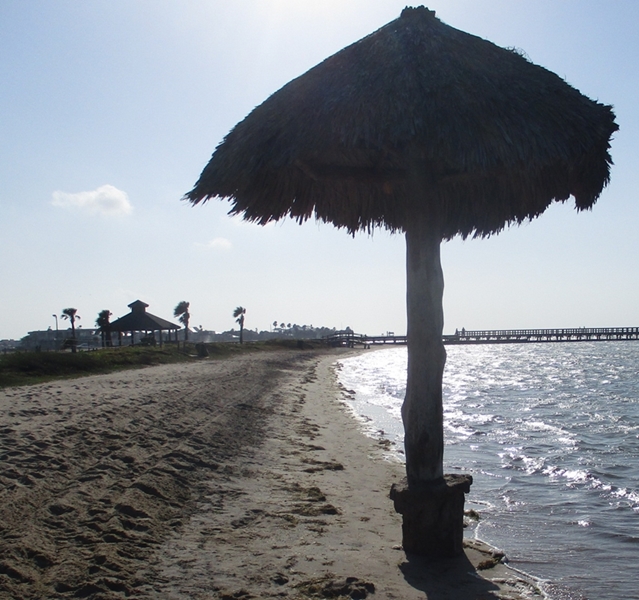 
Today matched yesterday with wet sloppy drizzle and fog that turned into bright sun about noon.


But the OFM arose with a meandering mission labeled THORNS. An so it was we chose a trail to start with. We found thorns in great quantity but something much more important slapped us in the face.

Several signs of spring were out and showing off. Two days ago they were not to be seen at all.


The first thing we saw was this set of nice pretty little purple flowers. We have no idea of their name but they were nearly glowing.

That got the OFM charged up with hope for a great meander, but it was not to be. It was even better by a bunch.


The first real surprise was the mesquite blossoms have been born. Not just a few either. They are a major harbinger of spring is here. 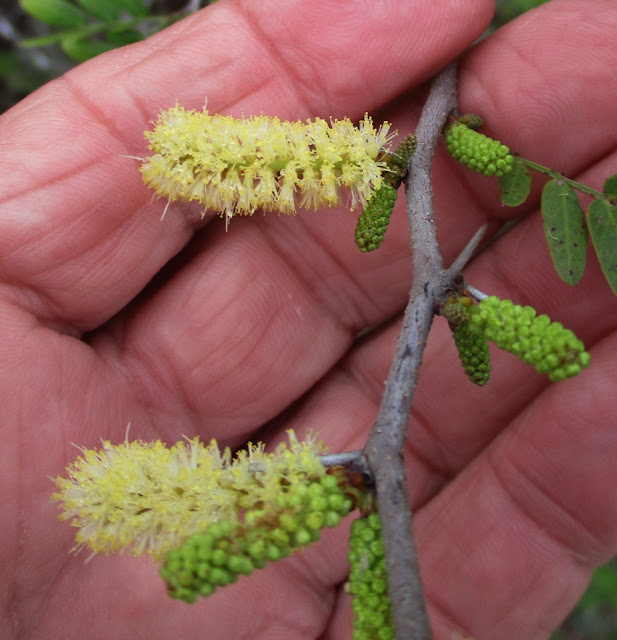 They usually go along with increased allergens in the air to keep your nose wipes busy.


We entered another trail and first thing spotted a very small spider web at the tip of a shrub. It was so small the OFM had trouble finding it in the camera screen, so he stuck his fat ugly finger into the area so the camera lens would know where to focus. The web is covered with water droplets. The whole web was about an inch and a half long and one inch wide. It sure was cute in person. 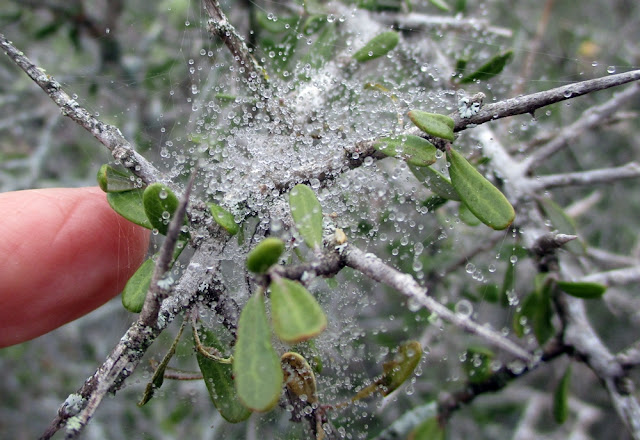 Then around the next turn we spotted the start of the Texas Sage bloom which is a guaranteed sign of spring NOW. We got lucky and caught this great close up of one of the pretty pink flowers up close. 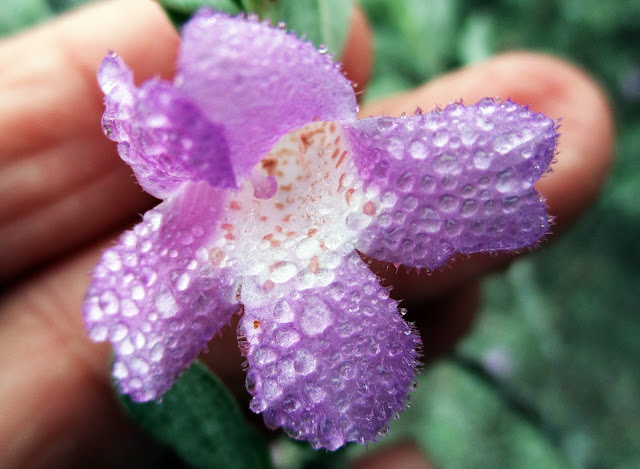 We think that one will be a new blog header pic very soon.


Over all we brought home several dozen pictures to cull and edit for some future blog entries.

And that was just the nasty morning things of a great day of trying to have tooooo much fun.