The first thing we noticed during the morning walk was that the crepe myrtles were blooming like crazy finally. So we just had to stop and grab a picture of the blossoms to show every one. 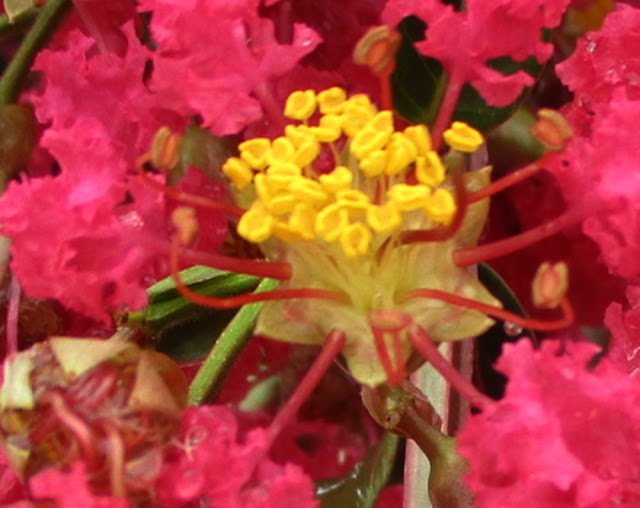 It sure was nice to see a bunch of nature color again after the last few weeks of nearly no flowers blooming. And as it happened we found a little more natural color in the woods along the trail.


Regarding the joint troubles, we did not go but about a half mile on the gravel path before the right hip started to ache. We persisted onward to see if we could make it better somehow.

While nursing the hip, we found several nice flowers lying along the trail. The trumpet vines were blooming and dropping flowers randomly along the trail. Here is one of them the OFM took a closer look at. 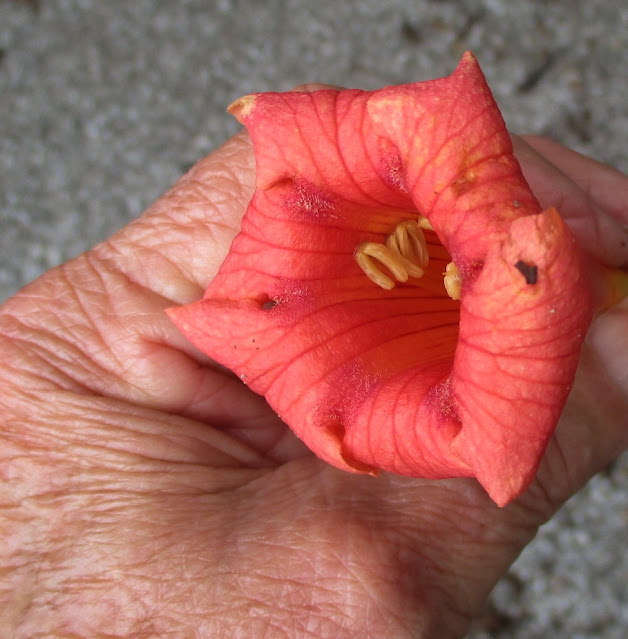 As we continued along the trail we suddenly noticed several pancake fungi, as we call them, attached to some old tree trunks near the trail. The OFM waded into the brush to get this shot of the fungi. They were about six inches wide and looking really healthy. 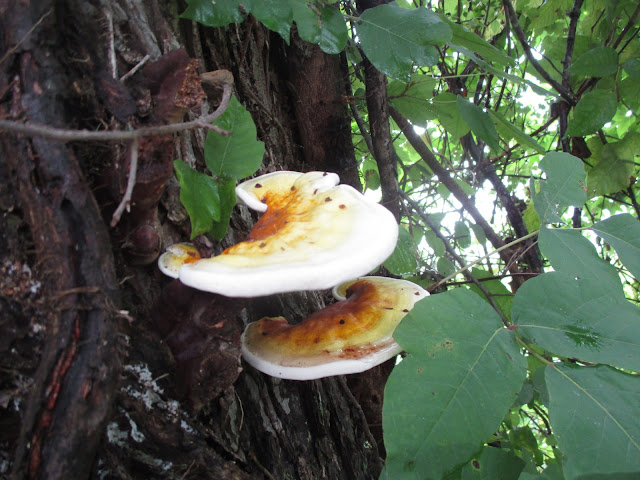 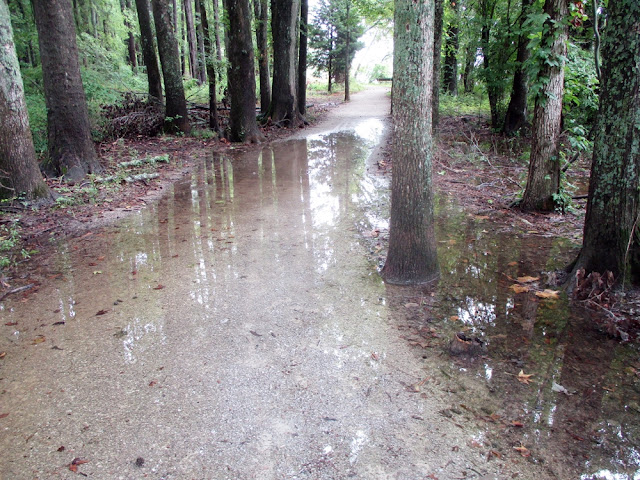 Since we had to retrace our steps we did not get back on a paved surface until we exited the gravel trail into the water park parking lot. That point is about a quarter mile back to the Castle. By the time we made it to the Castle the hips had stopped at least 75% of the pains. The OFM still plans more experimenting to try to define more exactly the trouble.


The best part is that the trail system meanders around and interlocks with the paved portions of the 11 miles of trails often, so a person has lots of options for trail type of exercising.

Tonight as the OFM is typing up this blog report, he is not having any joint pains at all. And that makes it a lot easier for trying to have tooooo much fun.