The Pack Came By


We started the day with a very nice 2 mile trail walk. Pictures were taken along the trail to take our readers on a trail for a change. But other things kept on happening today so that story will come along soon.


We hit up the Rio Grande City Walmart for groceries and gas this morning. Gas was $2.089 a gallon which is good price for this area. It is a 70 mile round trip to the Walmart.


A really good idea while using the waterbrushes yesterday came to fruition at Walmart. They had a very heavy small quantity measuring cup on the shelf for about $3. We wanted a heavy container to put the waterbrushes in tip up between uses. Otherwise the tips get too wet between uses when painting and have to be dried some and then used. The OFM likes to just grab and go. The container had to be heavy enough that the very clumsy OFM would not easily knock it over. We hope this one does the job! 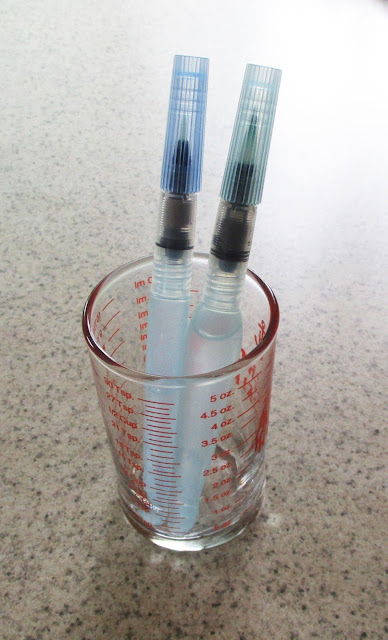 On one of the trails around here a day or so ago, we spotted a prickly pear cactus growing from the crotch of a tree. It is about 8 inches tall and looked very healthy. Now if the OFM can remember where it was we can check on it again. 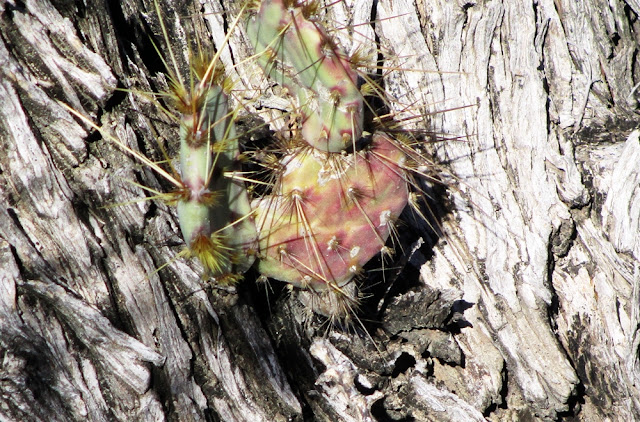 Sunset tonight was very bright but we were coming back from Roma when the sun was going down. So we stopped alongside the road to grab a picture of whatever was offered to the camera. Once again the mountains are in a starring role.

And now as we start page three, the pack showed up for the first time this year. The OFM was sitting inside near the open door of Sierra when there was a little commotion near him. A glance showed that the roaming javelina pack of the campgrounds had returned to our campsite for a change. It looks like a couple of adults and the rest are equivalent to a human teenager.

A late arrival was left front leg limping badly but was still holding its own on the eating front. They even put up with the OFM opening the screen door to take a few pictures. They are obviously used to the camera being trained on them. And the campsite got a thorough cleaning of all food particles.


Yep it was a good day of trying to have tooooo much fun.