The wet chilly wind kept the OFM Teams close to home today. By noon things were in better shape for running around. This morning included a short meander around the harbor to see what has been happening while we neglected it. Not a lot.


The little sand “beach” where the fishing pier heads out into the water looked inviting with all its junk laying around. The birds were having fun and convinced the OFM he needed to take the short little hike just for the fun of it. The clambering over the bulkhead even with the handrail to hold him was a bit difficult but he made it over and back over later.


We grabbed this picture right before he made the acrobatic clamber over the bulkhead. Those silly laughing gulls were giggling really loud while watching the OFM put on the “show”.

We soon headed back to the warm Castle to decide what was next. Next turned out to be some more colored pencil work on a painting in progress. It was so much fun, the OFM just kept on keeping on and later in the afternoon it was declared finished.


After a few minutes of considering, we decided that this painting would be framed and hung up in the Castle for the amusement of any visitors that happened by. It is hung on the wall between the “living room” and the “bedroom” for now. 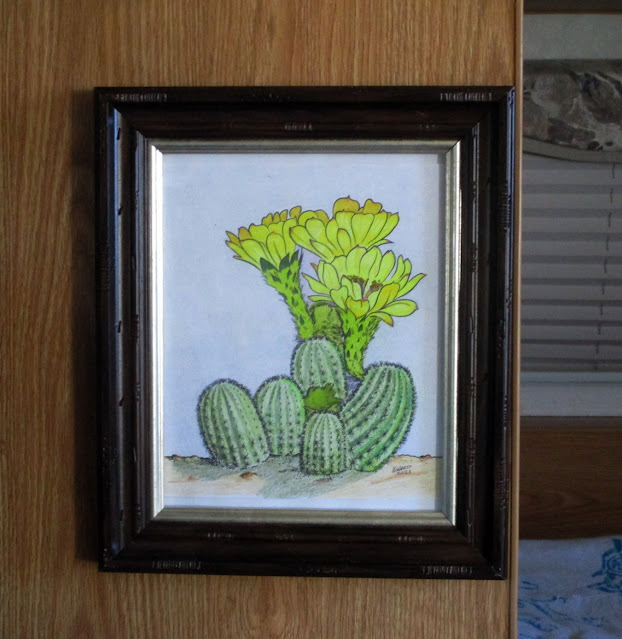 Maybe more paintings will get hung in the Castle in the future. Colored pencil painting is known as the slowest art form on earth. Somehow that seems about the right style for an OFM trying to have tooooo much fun.