The early morning air was just a mite of chill to it so the OFM decided just to shiver a little as he started the three miles at Memorial Park. Sure enough it soon was just right for a tee shirt and a brisk pace on the trail.


The air moisture was heavy and the spider webs were collecting it with vigor. Everywhere we looked there were suspended webs. Some were at grade level and others were way up in the trees above us. So the OFM decided that one easy to photograph would do just fine. This one was about five feet off the path and five feet high in the bushes. 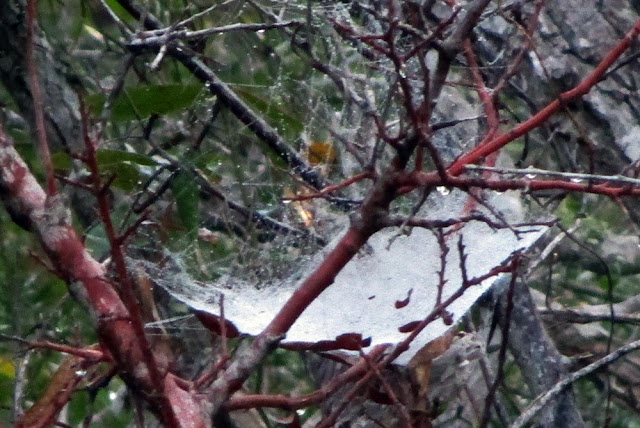 The OFM made the whole three miles but was definitely slowed down from about two and a quarter miles onward. We finished the three miles in a few minutes over one hour, so it was a decent time for an old fat man. By the way on his weigh in last night he was actually back down to the Pre-holidays weight of 197 pounds. The goal is 160 pounds by next Christmas time.


The day was busy but nothing special happened until later afternoon. We went meandering down at the Beach Park just to get outside in the great warm weather and gentle breezes. When we cut over the dunes onto the beach, there were lots of small flowers waiting to greet us. Mostly they were shades of white and the plants were about 14 inches tall. 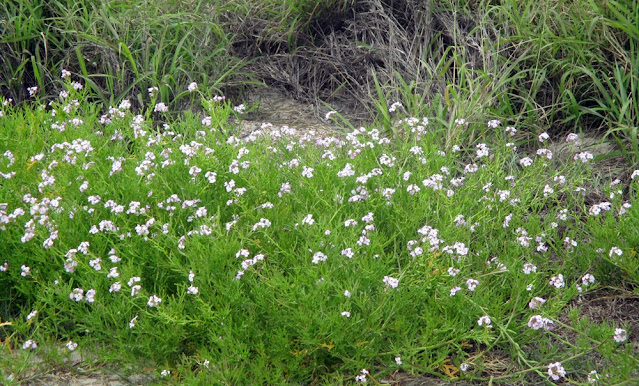 When we finished that part of the meander, we cut back to the road through the dormant grassy area. To our surprise the grass was already striving to start the spring growing effort. Here is a picture of a sprig of grass busy growing. 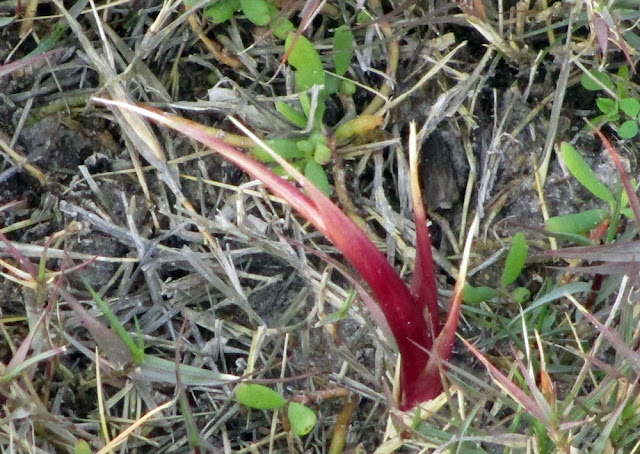 But the big trouble turned out to be all the mosquitoes in the grass that had hatched since early this morning's short meander out here. There were no mosquitoes this morning but it was a serious onslaught this afternoon. The OFM got a lot of extra exercise as we passed over the grass to the road.


Even with the mosquitoes we had a great day of trying to have tooooo much fun.